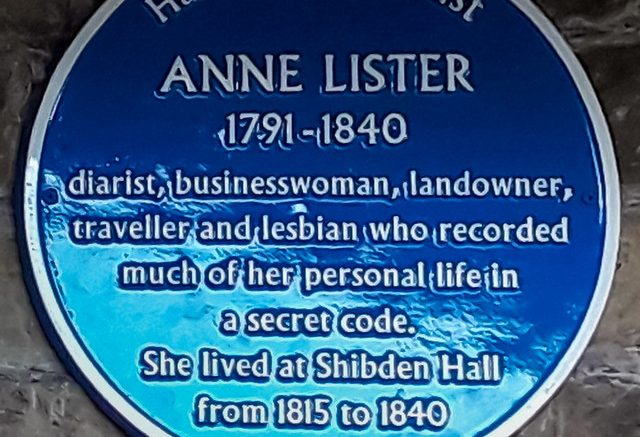 The Celebration of Anne Lister.

Anne Lister (1791-1840) was known to people of Halifax and Calderdale and anyone that had visited Shibden Hall and the estate, but not many really knew the truth until not long ago with the discovery of her diaries. 26 volumes of 7,722 detailed and some secret coded pages, nearing five million words, which have been studied and turned into the BBC and HBO series 'Gentleman Jack' starring Suranne Jones as Anne Lister

Anne Lister was the land-owner of Shibden Hall, businesswoman, and industrial entrepreneur who did not conform to the expectations of women in the 19th Century.

Anne Lister was known for her travels around the world which were detailed in 14 volumes of travel notes, The Lake District, Scotland, North Wales were included in her travels in the United Kingdom. Paris, Switzerland, Italy, Belgium, and the Netherlands, destinations within Europe and extended her travels after returning to Shibden Hall, traveling with Anne Walker, again through Europe and into Russia. Anne Lister died in Koutais on 22 September 1840 and was interred back at Halifax Minster on 29 April 1841.

Shibden Hall, Halifax Minster, and Banksfield Museum are now the go-to places see actual items of Anne Lister and more items. At Shibden Hall there is her travel writing case, the furniture still in situ was part of the hall when Anne Lister was living there. The Lister carriage which was in constant use is on display in the barn at Shibden Hall. If you would like to find out more information please visit the links and check out the pages on our website. 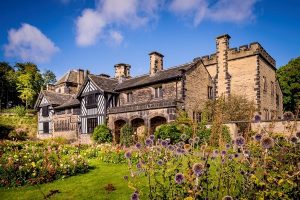 The Story of Anne Lister and Shibden Hall