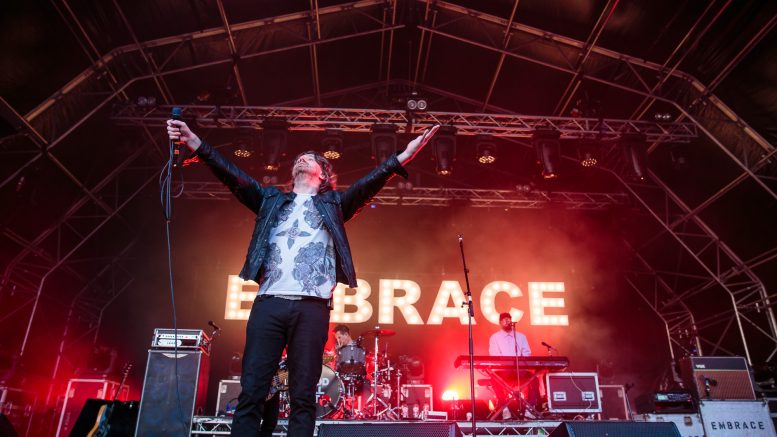 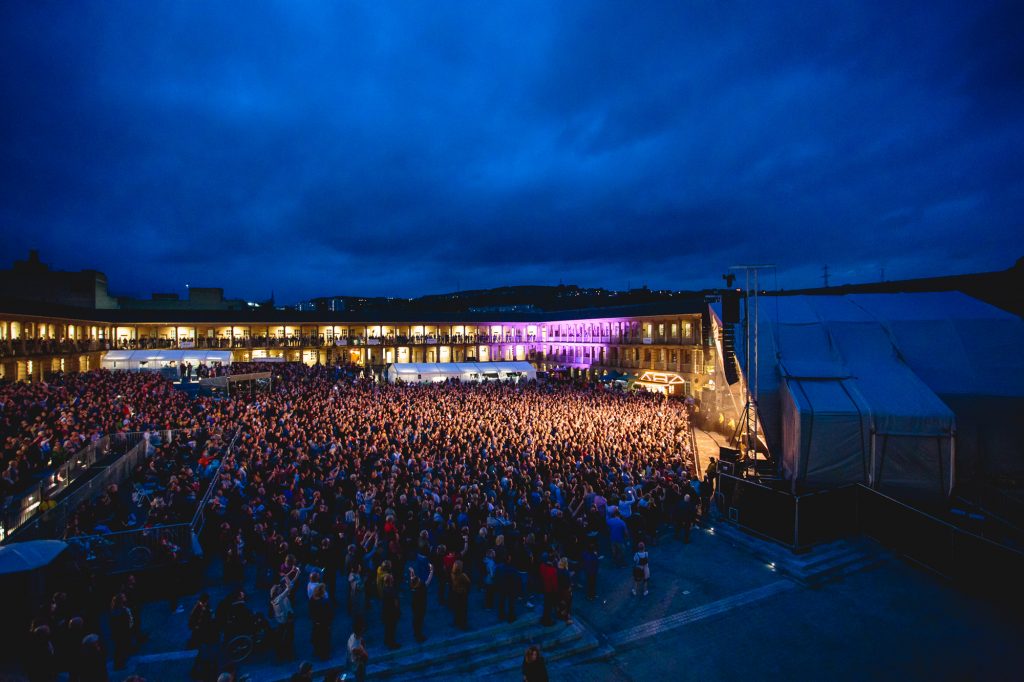 The Piece Hall in fine voice 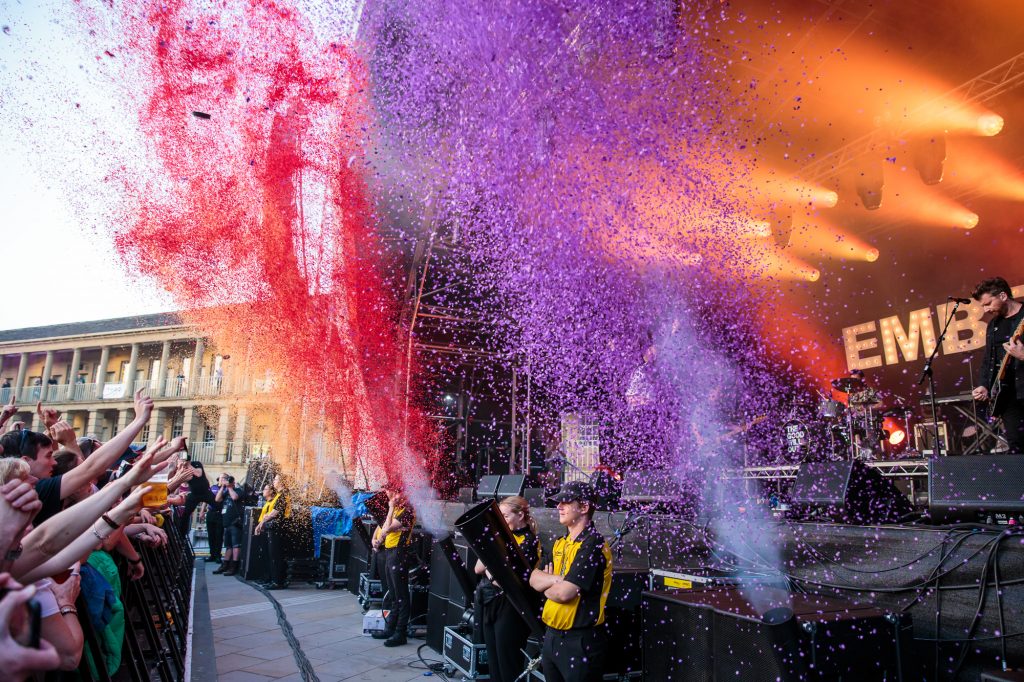 Embrace- live @ The Piece Hall kicking off in style.

4 Days like this a year will see us right. The Big Gig Weekend @ The Piece Hall

A Week after the last of the performers of the 4 days of live music at The Piece Hall. the Manchester band Elbow would have been coming on to the stage to an excited, wonderous Halifax crowd, we look back on the big gig weekend spectacular in the most beautiful and historic venues in Yorkshire even England.

The weekend began on Thursday with the headline act, Mac DeMarco, supported by Yellow days, Australian punk band Amyl & The Sniffers and Todmorden band Working Mens Club kicking off with there post-punk northern guitar sound, the perfect warm-up for their performances at this years Glastonbury Festival.

Friday was the day for the local boys of Embrace to gather the whole town and valley together for what seemed like a long-awaited reunion. The Good Will Out Home Coming anniversary Tour was to bring a certain excitement to the Piece Hall that did not disappoint. The perfect combination of the finishing of work for the week and the sun shining down on The Piece Halls courtyard made for an early start for many, drawing a big crowd for the night's first band, Leeds based band Hope & Social followed by legendary 90's indie pop band Sleeper then by The Reverand and the Makers, Yorkshires very own chart-topping band, taking in the atmosphere and responding to the excited crowd.

Embrace played 'The Good Will Out' in full to the sell-out Halifax crowd who were all in very fine voice and high spirits, a sense of community seems to have descended on the old cloth hall, old friends and acquaintances reunited on this historic day in the Calder Valley. The whole show by embrace was truly spectacular with the encore bringing out anthemic sing-along classics such as 'Gravity'. The night was finished with 2 renditions of Ashes to a carnival atmosphere and the perfect finale as you can see in our social media videos. PERFECT.

The Saturday was to be a day of rock with The Leveller headlining A Beautiful Day out with support from Bradford band Terrorvison, Therapy? , Ferocious Dog and Eureka Machines. another amazing day in The Piece Hall in such a friendly atmosphere and some very loud music being cast down the Calder Valley.

Sunday was to be another sell-out show headlined by Mercury Prize winners, Manchester very own Elbow and their very charming frontman Guy Garvey. Supporting Elbow The Dunwells, Barns Courtney, Billy Ryder Jones on a come down from Glastonbury and The Villagers who played an excellent set, there best since the Hebden Bridge Trades Club by there own admission.

Elbow came on to bring the weekend of live music to its perfect conclusion. Guy Garvey expressing his excitement and how he felt about playing in Halifax as simply 'Beautiful and magical a place he will be definately returning to have a proper look around. Elbow played an expectant set of classic songs and finished to a very thankful ovation from the Piece Hall crowd. ' One Day like This' was the absolute perfect anthem for us and the whole crowd was in fine voice.

Our take on the whole weekend was one of pure emotion of what had just occurred in our small town and in a place we all once just thought nothing of as being important within our landscape. The Piece Hall has seemed to of resurrected Halifax Town Centre had has been growing to become an important tourist destination, but to now be a centre for big name live concerts is just incredible. For us locals of the Calder Valley we could only wait for the rare small venue appearances of legendary names to play the likes of The Victoria Theatre or travelling to Leeds First direct arena or what we all know as The Manchester Evening News Arena (MEN), now its seems with have our very own arena that will attract the big names and  hopefully host more stunning live events such as this.

Congratulations to all involved in bringing the event to The piece and we hope there is more to come. Thank you to Futuresounds Events and to Danny Payne Photography. 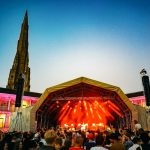 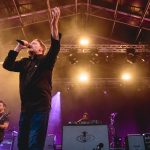 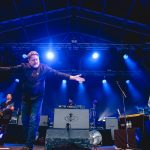 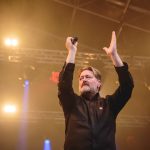 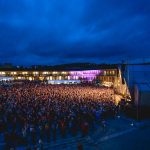 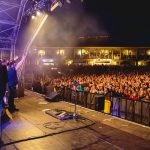 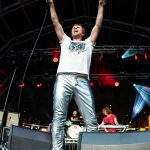 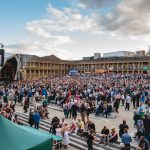 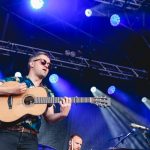 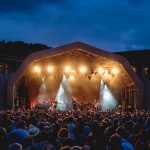 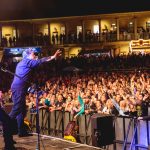 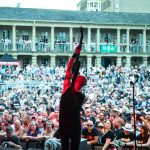 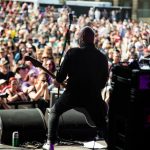 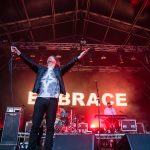 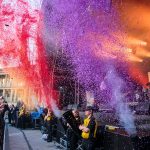 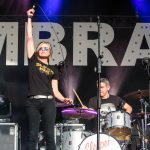 Covid-19 and how we want to help your business.