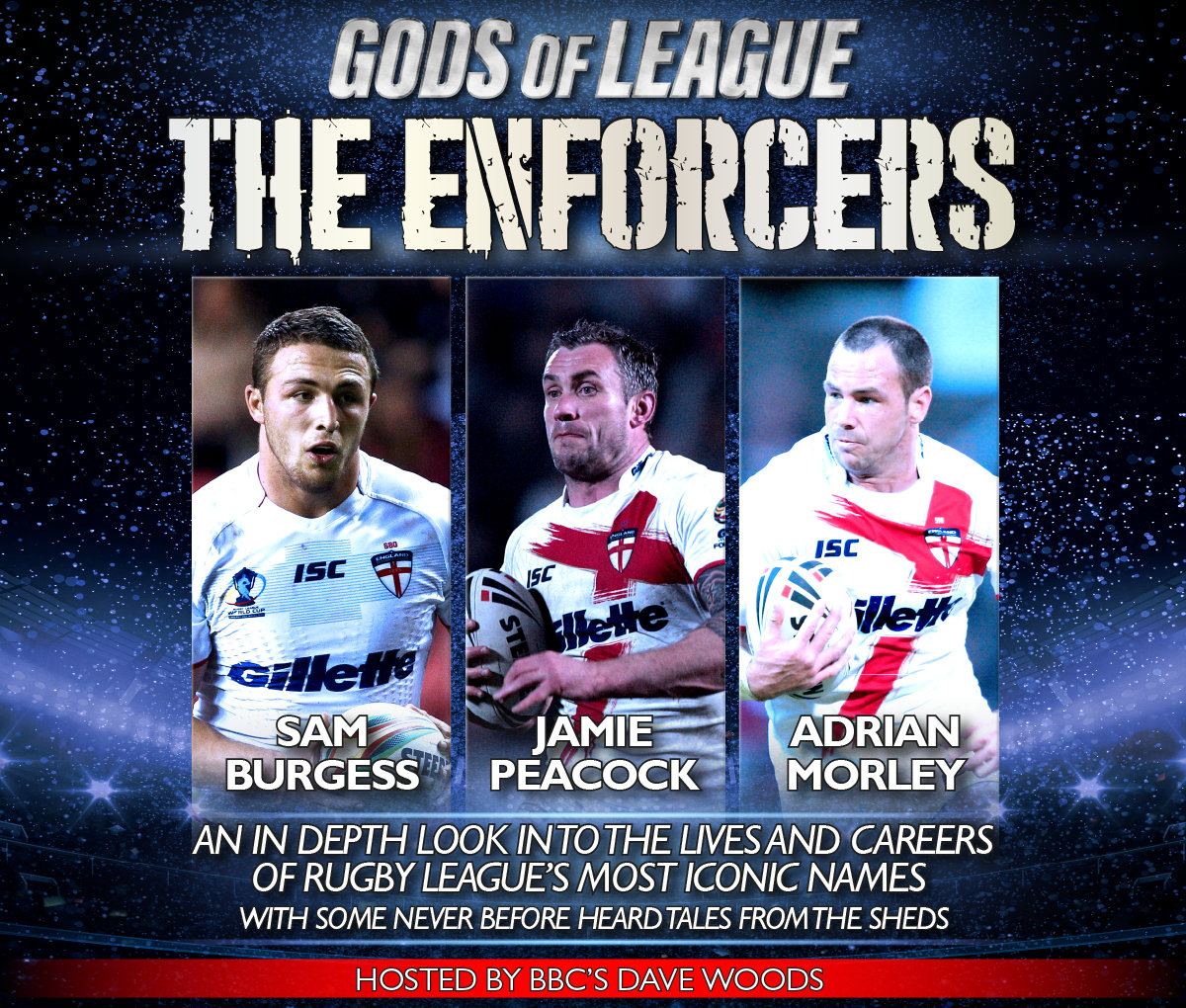 Rugby League legends Sam Burgess Jamie Peacock and Adrian Morley will be appearing in conversation at the Victoria Theatre Halifax on Friday 7 October at 7:30pm. ‘Gods of League: The Enforcers’, an evening of in-depth conversations, audience participation and retrospective analysis of some of rugby league’s most iconic names and their most iconic moments.

The first half will see forwards Sam Burgess, Jamie Peacock and Adrian Morley answer questions from BBC’s Dave Woods, before the trio reflect on some of their most iconic moments in rugby league and take questions from the audience.

Speaking on the event, Sam Burgess said “I am extremely excited about returning home to the UK in October for the Gods of League Tour alongside my good mates JP and Moz. It’ll be great to discuss our respective careers with the RL public and lift the lid on a few stories.’

Sam Burgess played for Bradford Bulls in the Super League and for the South Sydney Rabbitohs in Australia’s NRL. Burgess helped the Rabbitohs to their first NRL Premiership title in 43 years when they won in 2014 and he won the Clive Churchill Medal for his performance in the Grand Final.

Jamie Peacock MBE starred for Leeds Rhinos and Bradford Bulls in the Super League and captained both Great Britain and England at international level. Peacock is the most successful player in Super League history, having won nine Super Leagues, four Challenge Cups and four World Club Challenge winners medals. Individually, Peacock was twice named the Best Forward in the World and won the Man of Steel award in 2003.

Adrian Morley played for 20 years, his career spanning three decades from 1995 to 2015, turning out for Leeds Rhinos, Bradford Bulls, Warrington Wolves and Salford Red Devils. Morley also had a stint at Sydney Roosters in the NRL between 2001 and 2006 and was the first British player to win both the NRL and the Super League.

The evening will be hosted by the acclaimed BBC commentator Dave Woods.

Tickets for Gods of League are available from £24.25. Purchase tickets online at www.victoriatheatre.co.uk, or by calling the Box Office on 01422 351158.

Sing, Craft, Dance and Laugh at the Victoria Theatre in the lead up to Christmas