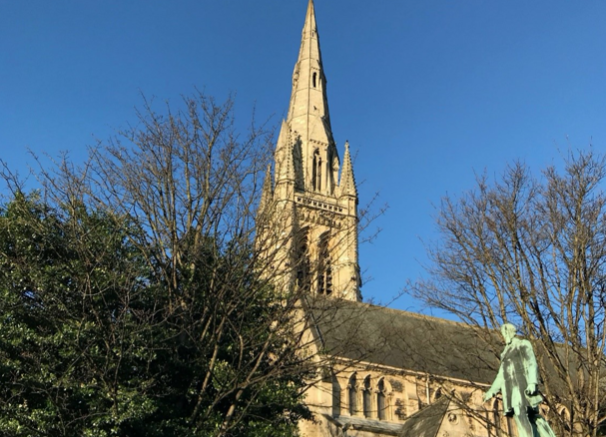 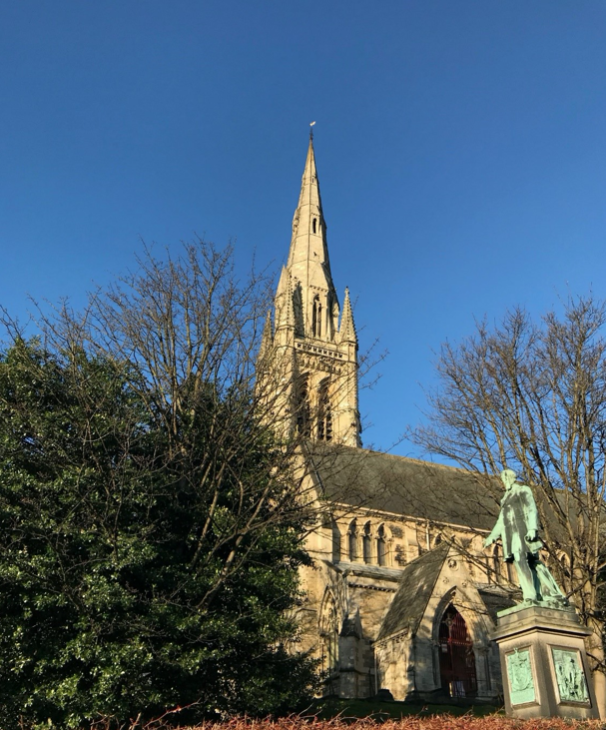 In 1847 when Colonel Edward Akroyd inherited one of the largest worsted manufacturing businesses in the world from his father he set about making huge changes for his mill workers, creating two of the first model villages. All Souls Church was built in white limestone to stand out over the blackened mill town and inspire with glorious Victorian Gothic style designed by Sir George Gilbert Scott, completed in 1859.

Copley village was built first alongside Copley Mills and the Calder & Hebble Navigation adjoining the Rochdale Canal. St Stephens Church erected at a later date. However Edward turned his attentions to Haley Hill with the expanding rail and road connections and bought up land to create the model village of Akroydon for his mill workers. He looked to improve their lives in every aspect establishing schools, a Working Men’s College, allotments, parks and a library. As one of the founders of The Yorkshire Penny Bank, he established a workers’ pension scheme and encouraged workers to buy their own properties.

All Souls Church is linked to Bankfield Museum through the park where you can discover more about the founder Colonel Edward Akroyd and the new innovation of the model villages at Copley and Akroydon. The model village here at Akroydon, the museum, park and cemetery are all within an easy stroll of the church – a self guided tour is available from the church, compiled by Jackie Butterfield. As a small band of local volunteers we have been collecting memorabilia and video stories from local families with connections to the church and the Sunday School before the closure to the congregation in 1979, including the Shaw family. Percy Shaw is perhaps our most famous of local inventors, the creator of Cats Eyes.

During the event the Shaw sisters are holding a walking tour of Percy’s life which begins at All Souls Church. You can connect with the volunteers and see all events past and present on Facebook @allsoulshaleyhillcommunity. Note you can view without being a Facebook member.

Be Part Of The Halifax Gift Card

Sing, Craft, Dance and Laugh at the Victoria Theatre in the lead up to Christmas