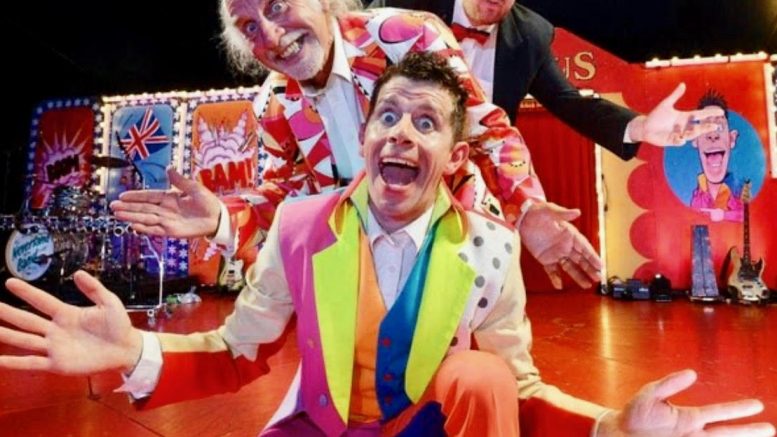 Posted at 09:23h in News by Discover Halifax

Legendary performers, Clive Webb, Danny Adams and Mick Potts (aka Cirque Du Hilarious) will be at the Victoria Theatre, Halifax on Sunday 16 October at 2pm, with their new touring production A Fright in the Museum (and the Curse of the Ancient Custard Pie).

Danny and Mick, and their dad Clive have decided they don’t make enough money from their circus, so they get themselves part time jobs as night watchmen in the museum to make ends meet. However, things do not go according to plan when they disturb the ‘Ancient Custard Pie’ and release the ‘Phantom of Slapstick’. They soon realize they are not alone when the museum comes to life at the stroke of midnight and chaos breaks out!

This year’s show is packed full of hilarious comedy routines, magic, mayhem, slapstick and specialty acts, making it a laugh out aloud show not to be missed for the whole family!

Tickets for this show are available from £14.75. Purchase tickets online, www.victoriatheatre.co.uk, or by calling the Box Office on 01422 351158

Explore the cosmos, step back in time and sing along to your favourite hits at the Victoria Theatre Halifax

Spotlight on The Make Up Club